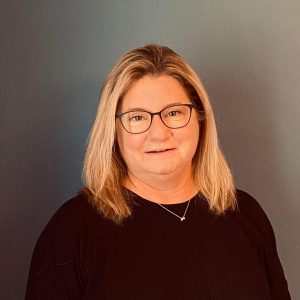 Thinking about checking out Grace Episcopal Alexandria? If so, one of the people you need to know about is Lisa Medley, aka The Princess Porcine. Lisa is a liar and bully who discloses the church’s confidential giving information on social media. She’s also been described as “childish and hateful” by independent third parties who were watching her in action over at church abuse blog The Wartburg Watch.

You could also run into Lisa at AARP, where she works as a senior consultant for a new business unit.

While I was at Grace Episcopal. Lisa Medley decided to wade into a dispute that arose between me and Kelly Gable after the latter decided to try to take over my Facebook page. Kelly did so through a job I provided to her at RPJ Housing, using her access to the non-profit’s email to add her email address to my Facebook account, change the password, and remove my contact information. She had no legal or ethical right to do so.

In response, Lisa teamed up with Alison Campbell and several other childish, fat women who like to play junior-high school games. In Lisa’s case, this included passive aggressive behavior, gossip, bullying, lying and more. Among other things, Lisa lied to members of the public, saying that Bob’s efforts to deny me access to the church were the result of having not attended in months. The reality is it had been three weeks.

Lisa also claimed that my conflict was over who got to be senior warden, which was a lie on her part, as I never sought that position. And frankly, when Lisa got it, it worked out well, for perjuring priest Bob Malm and the Princess Porcine richly deserved each other.

But the lies and misconduct didn’t stop there. At one point, Lisa posted details of a family member’s donation, made via the church, in the amount of $.02. True to form, Lisa got her facts wrong, as I was not the donor. That said, donations to the church are confidential, and Lisa should neither have had access to that information, nor should she have posted it to social media. That speaks to Lisa’s personal integrity, and is something that I believe should set off warning bells for others, including employers.

Amusingly, at one point Lisa claimed that I narcissistically attributed Grace Church’s decline to my own actions. That is an absolute fabrication, as I give full faith and credit to the conduct of jackasses like Lisa Medley for the church’s decline. People know toxic when they see it, and Lisa’s childish, hateful conduct is nothing but toxic. Yet Lisa does not see anything wrong with her conduct, or understand how it reflects on Grace Episcopal Alexandria, the clergy perjury parish.

Lisa also lied about governance at Grace Episcopal Church, falsely claiming on The Wartburg Watch that the church is audited every year. It is not.

Instead, it has an agreed-upon procedures review, which has no attestation value.  Moreover, for many years, even that couldn’t be conducted timely. And only Bob Malm saw the engagement letter and the resulting report. And while Lisa was claiming that there is “complete financial transparency,” she fails to explain how director of music Richard Newman was overpaid for many months. Assuming, arguendo, that Lisa was telling the truth, then as a vestry member she had knowledge of the overpayment, and thus was personally responsible.

Also worth noting is that Lisa didn’t have the balls to use her own name, instead posting under the handle “A Long-Time Parishioner.”

But best of all was the comment, made by Lisa’s daughter  Lucy, using homophobic slurs and urging me to commit suicide. The fact that Lucy apparently thinks that sort of behavior is okay speaks volumes to ethics within her family, and to the toxic cesspool that is Grace Episcopal Church Alexandria.

Even more amusing is the fact that Lisa now heads up the personnel committee at Grace. Given her unethical, childish, hateful behavior, that does not augur well for the Clergy Perjury Parish.

Nor is there any sign whatsoever that the Princess Porcine has accepted responsibility for her conduct. That’s in keeping with the unofficial motto of Grace Church, which is “no blood, no foul.”

Finally, this site is not an official site of Grace Episcopal Alexandria, Lisa Medley, or the Episcopal Diocese of Virginia; it is not endorsed by any of the three or any related person or entity.